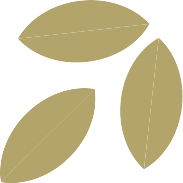 
Titan Company Limited (TCL) formerly known as Titan industries Limited has been operating the Golden Harvest (11+1) and SwarnaNidhi Jewellery purchase schemes. In the newly enacted Companies Act, which became a law on 1st April 2014, certain new rules were introduced, specifically under Explanation to Section 2(1) (b) of the Companies (Acceptance of Deposit) Rules, 2014 which came into effect 1st April 2014, which appeared to bring such schemes also under the definition of Public Deposits. TCL is now constrained to comply with this new law immediately and is required to wind down the level of “deposits” (as these are termed now) in its current form. This means that TCL is constrained to stop accepting any further installments from the existing account holders, with immediate effect. To make it fair, practical and convenient to all its Golden harvest and Swarnanidhi account holders, TCL has designed a fair refund offer, the details of which are available with the stores. Please contact your nearest Tanishq store for closure details. The account holders are required to bring the original passbook and id proof for redemption of the account. Account holders cannot redeem the account without original passbook and id proof.